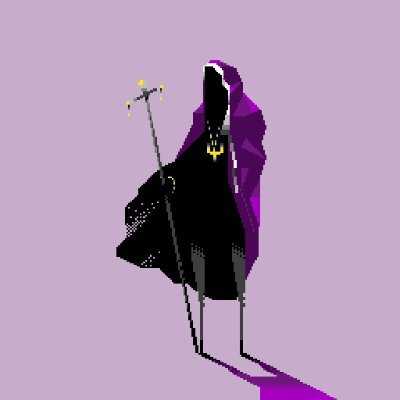 TheThe usage of blockchain based digital assets has seen an explosion across many different blockchain ecosystems such as Ethereum, Ethereum "Layer 2" rollups, Solana, Harmony and other protocols that are emerging to target application-specific markets, scalability solutions, or novel innovations.

ThisThis multi-chain reality and growth in users is due in large part to mainstream participation within the categories of NFTs, DeFi, DAOs, and "Play-2-Earn" gaming.

Most casual crypto audiences believe they are participating in completely decentralized networks, but the truth is that we are not quite there yet.

In this post we will explain one of the main obstacles preventing web3 from achieving maximum decentralization and how the Pocket Network helps overcome this obstacle.

Even the casual crypto participant who knows about Bitcoin understands that there are these people/things called "Bitcoin Miners" who are doing the work necessary to keep the Bitcoin blockchain secure, up to date, and in agreement (consensus) with the other miners that have done the same.

They do this because they are incentivized to do so.

Bitcoin Miners are awarded Bitcoin (BTC) in accordance with the bitcoin protocol for doing the work. For the early bitcoin miners, this has proved to be highly rewarding.

But most of the major blockchains that people use today for DeFi, NFT's, Gaming or other smart contract based functions require a different kind of node, the "Full Node" or "RPC Node" in order to work as intended.

There are no protocol-native incentives for running these nodes.

When you do things "in between the blocks" like refresh your wallet balance, receive an "estimated gas price", or interact with a DeFi liquidity pool you are primarily communicating with this class of full nodes through the distributed network model known as "Remote Procedure Call (RPC)."

Because there are no miner-like incentives for individuals to run Full Nodes, which would result in a healthy distribution and diversity of nodes, node runners as well as an overall more resilient platform the opposite is the case.

The necessity to have this bandwidth available for the exponentially growing crypto user base has led to the rise of a host of centralized SaaS solutions that provide this data for a monthly fee. These providers rely heavily on "Cloud" solutions like Amazon Web Services, and in some cases run exclusively through one Cloud provider.

The work that these projects have done has been paramount to their platform's capacity to handle hypergrowth. Some early Ethereum developers might go as far as saying that if it weren't for the rise of Infura, Ethereum would not have been able to survive the 2017 bubble. But these models always run a greater risk of attack and/or abuse than their decentralized counterparts.

Examples such as the censorship/exploitative use of data, the hiking up of prices to make more profits, hack's or bugs can affect large portions of a network and in the worst case all of it. This is where Pocket Network comes in.

Pocket Network is actually "The Cloud" for blockchain data. Decentralized and Incentivized.

Pocket Network is a distributed work protocol aka "middleware". It relays API requests from the decentralized application to a randomly selected group of pool nodes. The protocol then rewards the nodes who were honest and provided good service with the POKT token. Although Pocket Network is an application specific Proof-of-Stake network, conceptually you can think of it like a "Useful Proof-of-Work" system. The work being proved is the servicing and validation of API requests by RPC full nodes.

Pocket Nodes runners must configure their node (whether Ethereum, another Layer 1, or any other work protocol) to Pocket in order to participate in the network. Node runners can configure multiple protocols into a single POKT node in order to better serve their DApp counterparts.

The magic sauce behind Pocket's recent explosion to serving Billions of RPC calls, through a network of 10,000+ nodes is the POKT economics.

The POKT token as the multi-chain node economic incentive

The POKT token is at the basis of the network, creating the economic framework for node providers (supply) and developers (demand) in distinct ways.

Node runners have to acquire POKT and stake on a per-node basis. One node requires a minimum stake of 15,000 POKT tokens (an additional buffer of 50-100 POKT is strongly recommended).

Developers, on the other side, also stake POKT upfront to lock in a guaranteed amount of relays (RPC calls) per "session." Developers "pay through dilution" because the protocol mints new POKT and rewards node runners based directly on the amount of usage of the network.

This model is far more advantageous for developers because there are no sunk costs.

Although there is dilution the estimated cost of the service approaches near 0 over time. In addition the more demand on the network, the more likely new nodes will be staking to participate in the rewards, which therefore takes POKT out of circulation. The economic knobs that guide this can be adjusted through the Pocket DAO proposal process.

Pocket's product market fit as a multi-chain crypto-economic solution to a common problem was the catalyst for its recent reach to over 1.7 billion relays in the network, over 2000 applications using it, and 15M+ POKT tokens staked during the month of October alone.

This was largely in part to the expansion into new emerging blockchain ecosystems, such as Fuse, Polygon, Harmony and Solana. Pocket aims to support every RPC compatible blockchain, and their community of node runners will do...as long as their demand for it.

Other protocols including those listed in The Web3 Index (such as Arweave) can benefit from Pocket's decentralized infrastructure of nodes that is spread across hundreds of providers and unparalleled uptime, while making it even more undisclosed for parties.

With more applications running on the Pocket network, the system becomes even more decentralized, secure, and cost effective and performant.

It is this virtuous cycle that has helped Pocket spring up to #1 on The Web3 Index immediately after listing, generating nearly 250,000 dollars in demand side fees the past week alone.

Onboarding as the portal for mainstream appeal

Pocket's strategy for onboarding recently got a makeover to double down on the goal of having a straightforward entry process for both web2 developers as well as web3 natives.

The Pocket DAO, involving the community, voted for a new onboarding process - Settlers of New Chains - to open the platform for more blockchains and applications.

The new proposal increases the speed at which Pocket onboards new blockchains, gives more notice for new runners, and incentivizes new node providers with bootstrapped income to leverage their initial steps in the network.

The onboarding of new Blockchains is fundamental for Pocket's growth. The onboarding process is the gateway to support thousands of more applications and generate relays, the "proof-of-work" for runners. With more speed, a faster Whitelisting process, and better service for new platforms, Pocket aims to continue its exponential growth trajectory and embrace a pool of diverse users.

The Pocket team is constantly working and improving a flagship product "The Pocket Portal" which feels like a familiar Web2 interface, while adding another powerful layer of quality of service applications expect from infrastructure providers, as the protocol itself matures and evolves.

The DAO guarantees the growth and oversight of the Pocket Network, from protocol upgrades as the recent onboarding strategy to tracking the monetary policy. As a truly decentralized organization, the DAO gathers from the community to guarantee the right incentives between the supply and demand of the Pocket Network while continuously upgrading and improving the protocols from a technical perspective. The Pocket forum discussion and submission of improvement proposals reflect the increasing participation of all parties, besides the monthly community calls and continuous updates.

Anyone can become part of the Pocket community. If you're an app developer that wants to join the web3 revolution, you can start by registering on the Pocket Portal and launching your application. App developers can find all the information to use Pocket here.

Node providers can learn more about the equipment (e.g., hardware and software) needs and the steps to deploy validators and nodes here.

Beyond the core marketplace of apps and node runners, you can contribute to the Pocket Network with proposals to improve the ecosystem (REPs) or even receive a POKT grant from the DAO treasury to develop more in-depth solutions. Pocket aims to establish an engaged DAO, where the community has a strong direction over the project, regardless of the contribution type. You can also become involved in the DAO with voting rights, create content about Pocket, communicate with stakeholders, experiment with the network, and more.

Becoming part of the Web3 Index

Pocket is part of the new paradigm of web3-native platforms, designed and operated as truly decentralized institutions, fulfilling the original crypto mantra of redistribution between supply-side and demand-side actors.

Voted into The Web3 Index as one of the first middleware infra protocols is an exciting move, as Pocket wants to be surrounded by other leading service protocols (Arweave, The Graph, Akash, Livepeer, and Helium) that serve as the fundamental building blocks of a fully composable and decentralized developer stack.

The value of middleware protocols comes not only from developer adoption but also from new waves of infrastructure providers and application end-users.

Pocket sits at the cusp of that intersection while committed to being transparent in it's figures, growth, and protocol direction to the community through engagement, outreach efforts to developers and analysts, and providing reliable and frequent data on our trajectory.

Becoming part of The Web3 Index not only propels those goals but also positions Pocket as a key protocol to watch, based on consistent growth and an aligned vision within Unstoppable Web3 Infra.

In the meantime, engage with the Pocket community by joining the Discord channel.