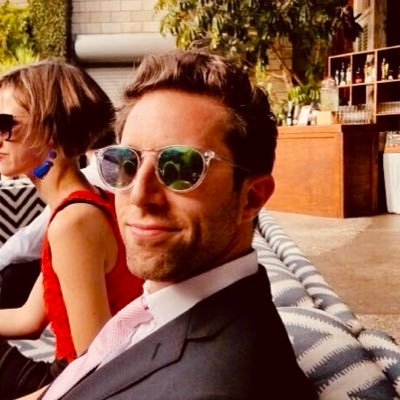 OverOver the past few years, cohorts of engineers, researchers, creatives, and investors willed into existence two highly disruptive applications of blockchain technology: decentralized finance (DeFi), and one-of-kind digital certificates of ownership (NFTs). Whether you've heard of these buzzwords through an SNL sketch or a CNBC segment, one thing is clear: these applications have completely captured people’s imaginations and entered the mainstream consciousness. To put things into perspective, at the time of this writing, DeFi is now a $100B sector, and a single NFT sold for $69 million.

WhileWhile there's still a long way to go for these technologies to become as ubiquitous as let's say, email, people often ask, what's next?

There's another application of blockchain technology that hasn’t yet garnered the same kind of attention as DeFi or NFTs, but is gaining steam and proving itself to be just as, if not more disruptive. It's equal parts developer-facing and user-facing, defined more so by the sum of its parts rather than a singular technological breakthrough. It’s a movement as much as it is a technology and the impact it will have on society can not be overstated.

Web3 is a term thrown around loosely and can mean different things to different people. Within the realm of blockchain technology, it's generally characterized as the next evolution of the web, a platform defined by a set of open, trust-minimized, and decentralized networks and protocols that offer a range of digital services such as compute, storage, bandwidth, finance, and identity with no intermediaries.

Run by network participants around the world, web3 unlocks cost-disruptive infrastructure for application developers and provides users with a new set of guarantees and benefits never before possible under the traditional and centralized cost structures of Web 2.0 applications. These benefits include:

Own your own identity, data, and reputation.

Seamlessly switch between applications and BYOD (bring your own data).

Applications are guaranteed to run forever on reliable public infrastructure.

Sounds good right? But what exactly are these web3 networks and which ones are actually being used? Since web3 has no intermediaries or central authority, it can be a challenge keeping tabs on all the networks and protocols that comprise web3, and especially difficult to ascertain which ones are actually in-demand. To make this easier, today I'm excited to introduce a project called The Web3 Index.

The Web3 Index is an open source index dedicated to tracking demand-side fees being paid into web3 network protocols in an effort to showcase the ones most in-demand across the web3 stack. Its goal is to help you stay up to date on the latest trends, whether you’re a supply-side participant keeping tabs on in-demand networks, a developer interested in building on top of web3 infrastructure, or simply a crypto-enthusiast passionate about the web3 movement.

Unlike most indexes in DeFi (a category of web3) that weight listings based market capitalization or "total locked value (TLV)", The Web3 Index uses a fundamental index methodology. A key belief behind the fundamental index methodology is that underlying valuation figures (i.e. demand-side fees and usage) are more accurate estimators of a network's intrinsic value, rather than the listed market value of the network's token.

In order for the index to grow, it will be relying on open source contributors to help expose the daily network fees accruing across the various web3 network protocols.

In terms of the types of projects the index is seeking, it aims to showcase projects providing the resources such as compute, bandwidth, storage, indexing and data services, that allow developers to build web3 applications. These are sometimes known as "work" or "service" protocols within the middleware layer of the web3 stack. What defines them is that users are often developers, who are paying fees into the network to access the underlying compute resource - storing a file, querying a database, streaming a video, routing a web request through a VPN network, etc. They are notably not layer 1 consensus chains, and they are not end-user applications nor DeFi.

Ultimately, each project listed in the index will determine additional projects via an initially informal light governance process, and as soon as the index reaches six listed projects it will go live, and consider expanding to more layers of the web3 stack.